2023 Registration
You Are Here:

Newsletter Form (Hidden, do not remove) 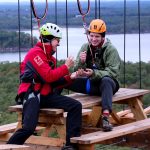 Must be a registered member of the Boy Scouts of America, their parents, guardians, or spouses

Limit one email entry per person

The winner will be chosen randomly on Friday, August 5th at noon CST and announced via ZBASE Facebook and Instagram pages.

For complete details, please see the Official Sweepstakes Rules below.

Information collected via their Promotion entry form will be added to the ZBASE e-mail marketing lists if it is not already a part of said list. (ZBASE does not sell or distribute their mailing list to third parties.)

Complete the form below enter the sweepstakes!